When you think Hermès, you think iconic handbags, right? Designs like the Hermès Birkin or Kelly may come to mind, but there are so many more that are absolutely iconic. The Evelyne, The Constance, The Lindy,…Hermès has designed so many amazing bags, all with interesting backstories. It’s easy to get overwhelmed. Luckily, we have made the ultimate iconic Hermès handbag guide for you. 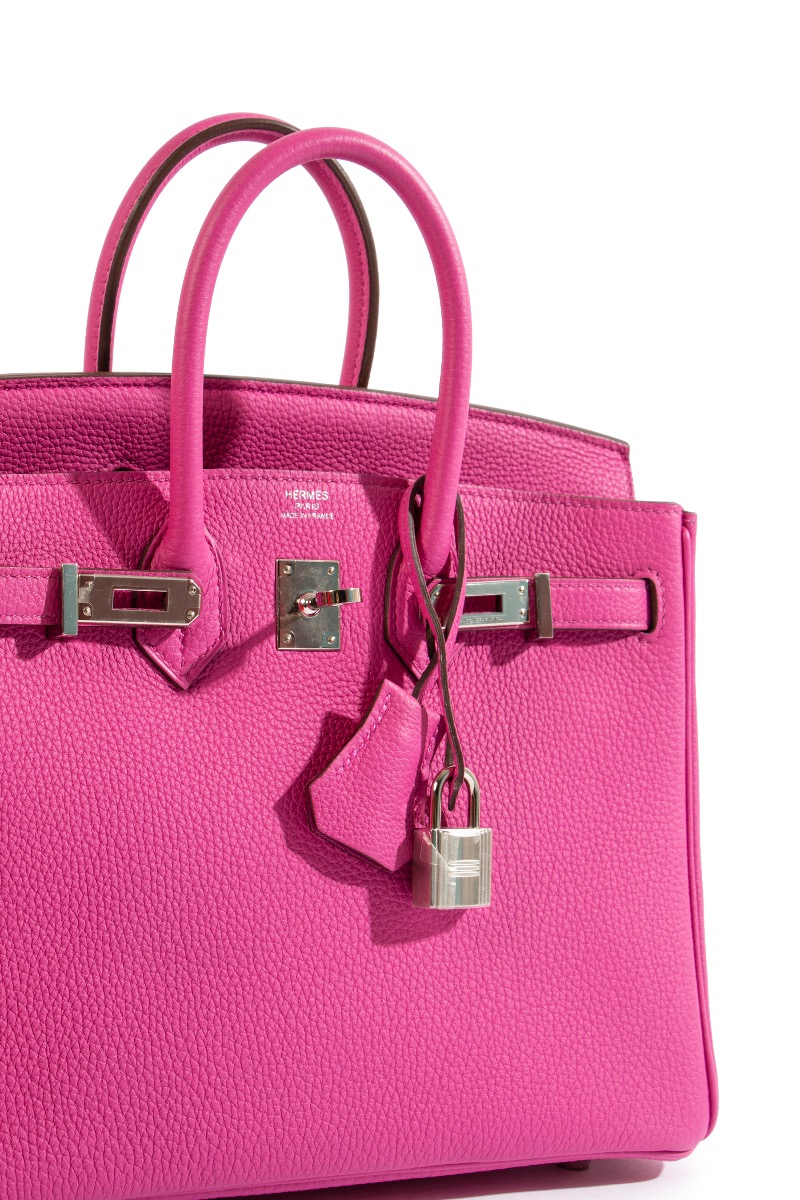 Of course we have to start with the IT-bag of all IT-bags, the Hermès Birkin. It is named after the famous singer and actress Jane Birkin. The story goes that she and executive chairman of Hermès Jean-Louis Dumas sat next to each other on an airplane from Paris to London. Jane was complaining that she couldn’t find a suitable bag for a young mother and right then and there Dumas designed her the perfect bag. It is supple and spacious with a burnished flap and saddle stitching. There is even a dedicated space for baby bottles.

Many years later the Hermès Birkin has gained a social status of its own. They say that buying a Birkin is a better investment than buying gold. The waiting list for this pretentious bag can go up to six years. 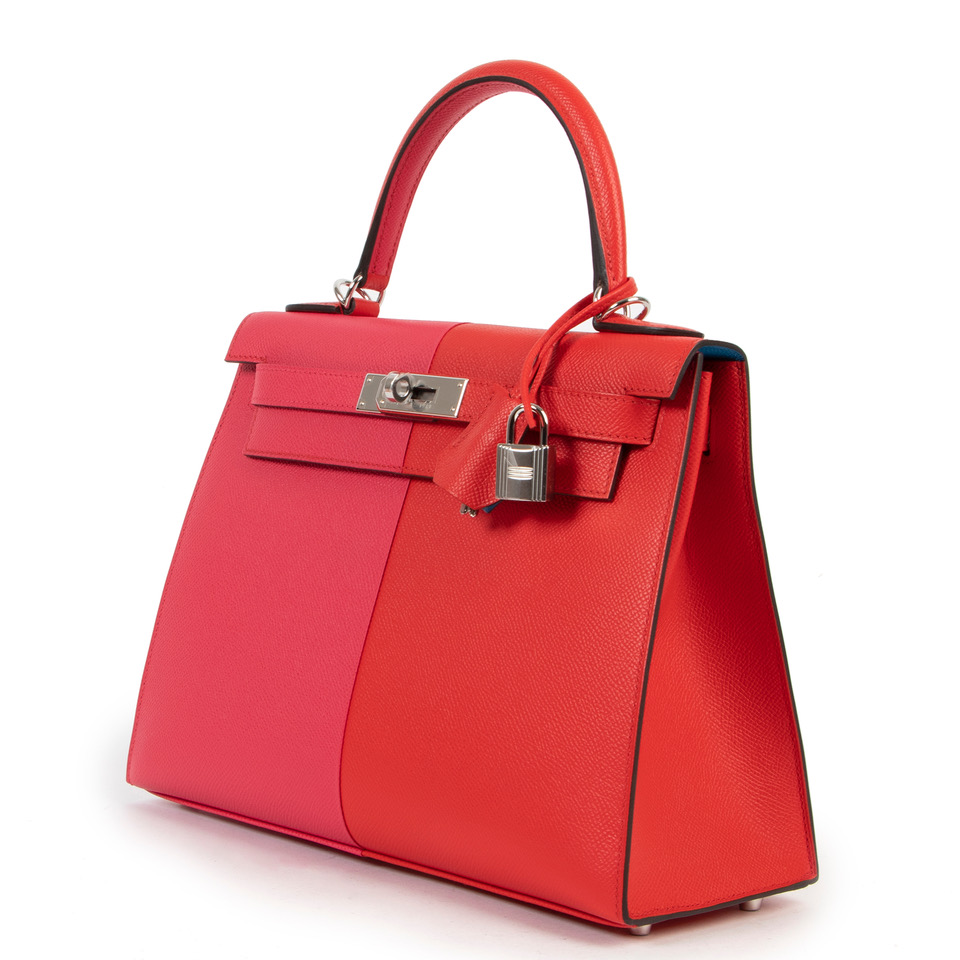 Another royalty in the world of handbags. The reason we say royalty is because this bag is named after the actress and later to be Princes of Monaco, Grace Kelly. Legend has it Grace Kelly used the Hermès Kelly to cover up her pregnancy while she was photographed by magazines and paparazzi. The design already existed for a long time, in 1930 Robert Dumas introduced it as the womans bag with strap. It wasn’t until 1977 that Hermès renamed it from the Sac à Depêches to The Kelly bag.

It takes fifteen to twenty-five hours to handmake a Kelly. There is always pne person dedicated to crafting one Kelly bag. 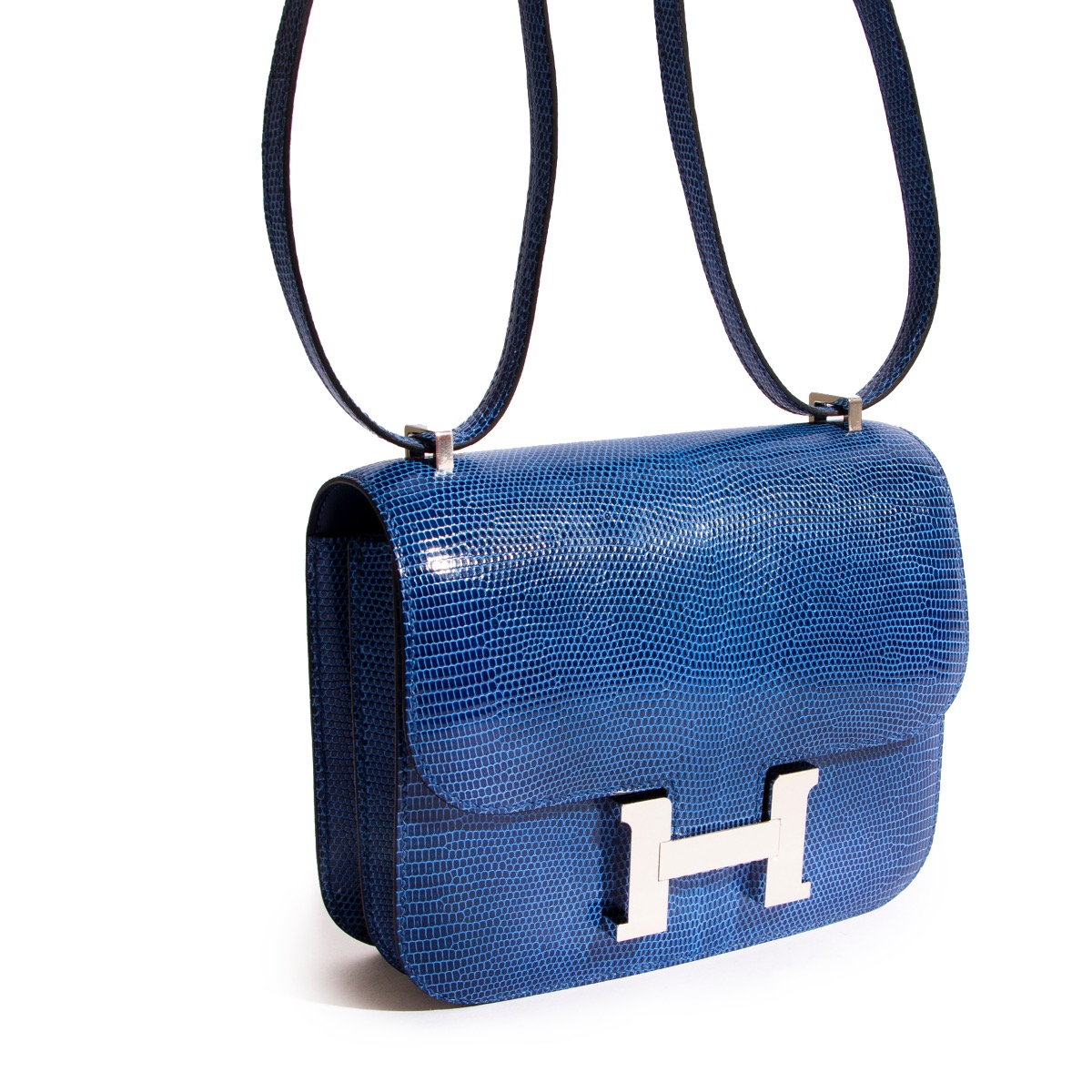 Another handbag with a charming story. Executive chairman of Hermès, Jean-Louis Dumas had asked a fashionable pregnant woman to design a bag for him. The woman in question, Catherine Chaillet was happy to do so and named the bag after her daughter, Constance. Fun fact: Caroline delivered her baby the same day that the first Constance bag left the Hermès production. This practical and casual Constance bag has mini and micro versions. The adjustable strap makes it the perfect urban bag for all city girls.

The design of this Hermès Evelyne bag, may seem simple but it was designed with a specific reason in mind. The design of this bag has equestrian roots. The perforated holes, froming a H on the front of the bag, aren't just for fun or aesthetic. They have a purpose. The holes allow air to come into the bag, so it can dry grooming equipment for horses like brushes, combs and picks. The ventilated side was supposed to be worn against the equestrian body. But now that the Hermès Evelyne has become  a luxury handbag, people wear the perforated H in the front. This bag has four generations. The Evelyne I, The Evelyne II, The Evelyne III and The Evelyne Sellier.

Le sac pour l’auto! In 1923, Emile Hermès created the Bolide bag while visiting his friend Henry Ford's automobile production factory. The Bolide bag is specifically designed for top drivers and long-distance travelers. It is made to easily fit in trunks of a sportscar and luggage. It owes its round shape to the zipper, an invention that Emile brought back with him from America. Emile Hermès got the inspiration from the zippers that were used on the removable roofs of Ford's cars.

The Hermès bolide handbag has two styles, the Mou and the Rigide.

This fun bag is the ideal one to end our guide with, as it is the most accessible and versatile bag of Hermès. It’s often called the two-in-one bag, because of the detachable top of the bag. This feature makes it possible to mix and match different bags with different colors. The top of the bag is crafted from leather, while the body is fashioned from canvas. The Hermès Herbag gets referred to as the little sister of the Kelly, considering their similar style and shape. They differ however in type of materials used and price level. The Herbag bag was discontinued in mid-2000, but made its comeback around 2009. This time as the Herbag Zip.